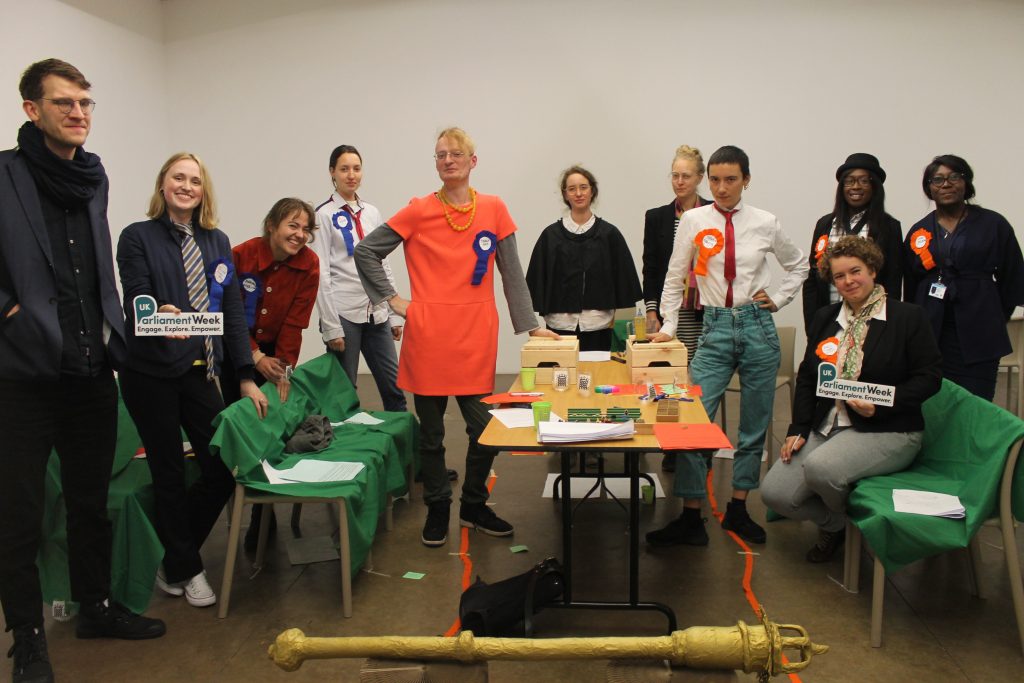 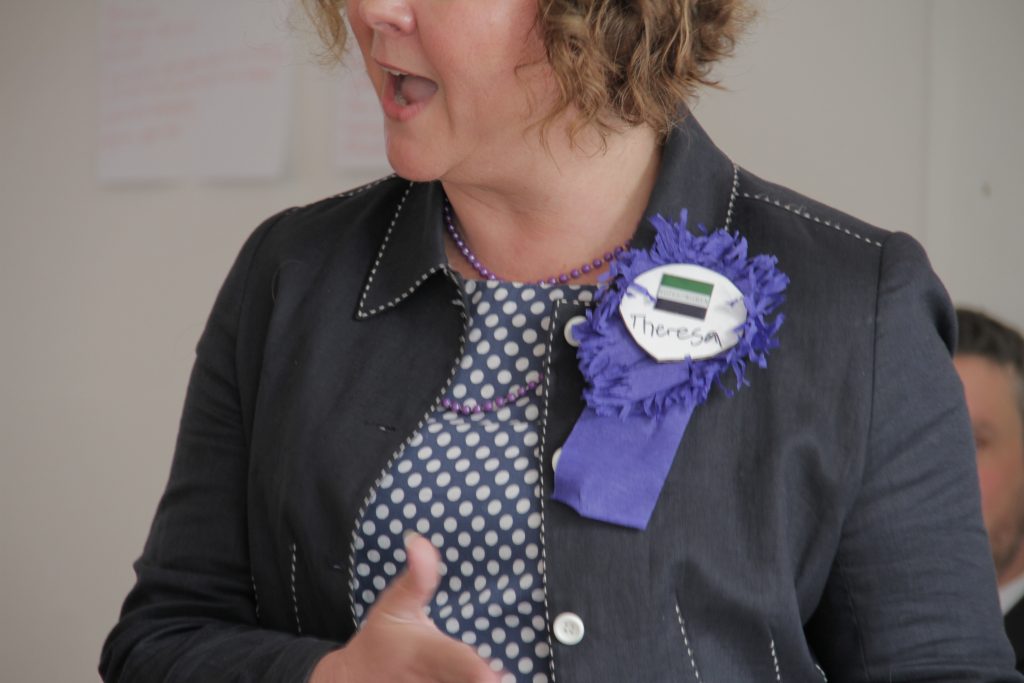 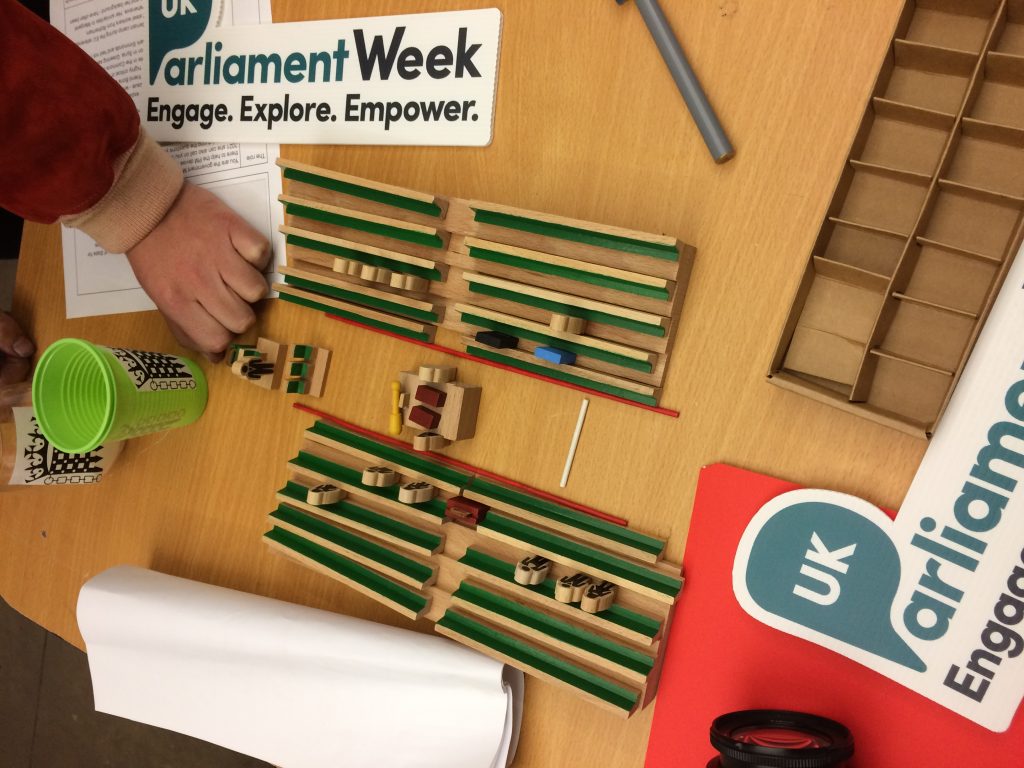 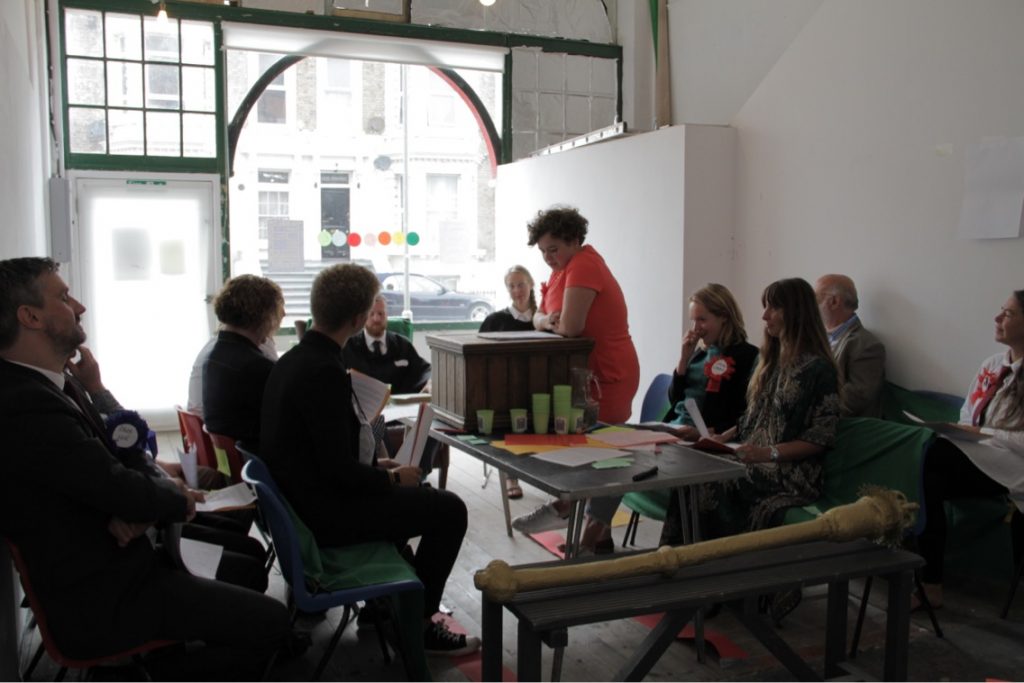 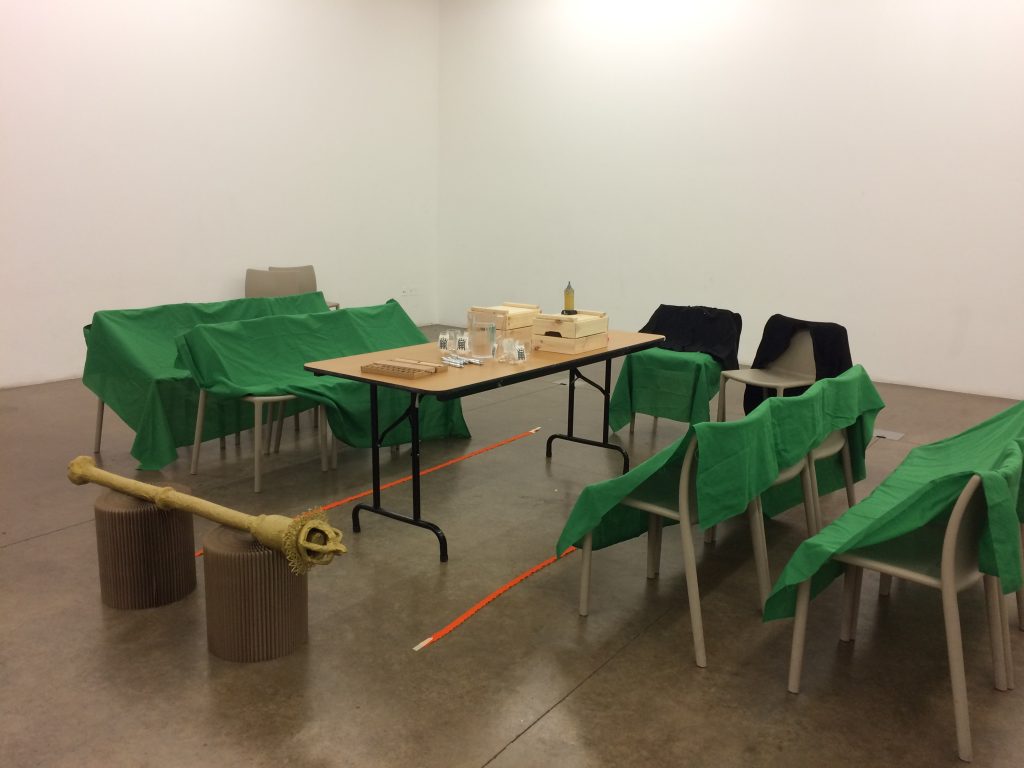 Every Wednesday, the Prime Minister gets asked difficult questions by the opposition at Prime Minister’s Questions. You can become an MP (for an evening) and find out what it’s like to take part in this archaic ritual.

Our LARP is set in the near future, so you can improvise on today’s current issues. You can play Theresa May, Jeremy Corbyn or any other MP (dead or alive). You will also be able to choose how much you’d like to get involved: you could be an active MP who gives an epic speech or makes a typical parliamentary non-joke. Or you could be somebody more passive, play candy crush and occasionally roar “Hear Hear.”

Participants don’t need to know anything about politics or parliament to take part. We workshop parliaments rules beforehand and bring spare ties, big necklaces, public schoolboy blazers. We also make time to talk about the experience afterwards and discuss what kind of parliament we would actually like to have.

We have so far played PMQ twice, once as part of UK Parliament Week 2017 and once at Resort Studios in Margate. If you’d like to play with us or book the LARP for a workshop session, get in touch: Keepitcomplex2016@gmail.com.

Thanks to Hamish McPherson for his invaluable parliamentary brain, Resort Studios Margate, Dan Scott and Sophie Mallett for hosting the first trial of this LARP and the South London Gallery for giving us a free space to play.

Previous: #9 digesting politics
Next: #11 organise with others